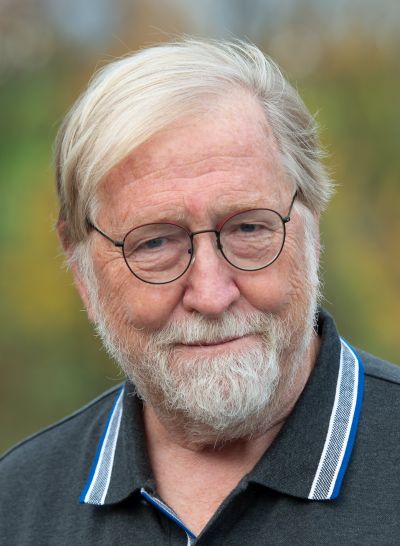 I was a NATO Science Fellow post-doc at the State University of Ghent, Belgium in 1977 through February 1998.  From March 1978 until August 1979, I joined the Laboratory of Analytical Chemistry at the University of Amsterdam with Prof. Hans Poppe and became deeply involved in analytical chemistry and in particular in HPLC.

I joined the Waldbronn Analytical Division of Hewlett-Packard in Germany on September 1, 1979 as an R&D chemist. My first projects was the synthesis of proprietary stationary phases for HPLC. Soon however, I became involved in the development of the HP1090 and in particular the packing of 100x2.1 mm i.d. HPLC columns and test of the complete system for performance, reliability, usability and new applications of what became known as "Low Dispersion Liquid Chromatography". The HP1090 was introduced in 1983. In the same year I became an R&D section manager.

My focus has been on system performance evaluation, applications, solutions, and HPLC column development. E.g. my group has exploited the abilities of the HP1090 to execute on-line sample derivatization which led to the AminoQuant system for analysis of proteinaceous and physiological amino acids. Later I was involved in the development of an automated system for the analysis of polar pollutants in surface water like the Rhine river (SAMOS).

HPLC system evaluation became a permanent focal point e.g. during development of HP1050 and HP1100 series of HPLC modules and systems. My group was also involved in the development of the HP1046 fluorescence and HP1049 electrochemical detector for HPLC.

In 1986-1987 I became deeply involved in the joint venture of Hewlett-Packard and Genentech named HP Genenchem which had been established in 1983. I was an R&D section manager and was responsible for instrument and column development and spend several months in California at the premises of Genentech. Eventually an offering of OEM HPLC column products for bio-molecules and a titanium version of the 1050 series of HPLC modules have come out of this endeavor. The HP Genenchem joint venture was dissolved in 1987.

In returning to Germany HPLC column development Hewlett-Packard had moved away from the idea to build HPLC stationary phases from scratch and focused on OEM phases from other suppliers like Shandon (now Hypersil), E. Merck and Asahi. I was responsible for developing the packing processes and their transfer into manufacturing. Eventually capillary columns with i.d. 0.3 and 0.5 mm were introduced. I was also involved in the acquisition of Rockland Technologies Inc. (Zorbax product line) by Hewlett-Packard in 1998.

In the early nineties, development of a capillary electrophoresis system (which became the HP1600 series) was a high priority project at Hewlett-Packard. My group was involved by the development of coated fused silica capillaries and again system tests. A particular highlight was delivering the practical feasibility of capillary electro-chromatography (CEC), which added a fascinating mode of operation to the HPCE1600 system delivering HPLC separations with efficiencies unheard-of in those days. Unfortunately (from my point of view), at the end of the nineties, the business focus moved away from electrophoresis in capillaries to microchip capillary electrophoresis (which became the Agilent 2100 Bioanalyzer).

This focus change was congruent time wise with the divestment of  HP's measurement technology business, which became Agilent Technologies on November 1, 1999. My personal focus has shifted meanwhile to a more external role in representing the Hewlett-Packard HPLC and CE business in contact with universities, contributing to scientific conferences and by publication of papers.

From November 1, 2000, these activities became my prime focus. I was responsible for managing Agilent Technologies Waldbronn University Relations and External Scientific Collaborations. My main duties have been establishing collaborations with academics and customers in liquid phase separation science and in engineering disciplines, new analytical measurement technology evaluation, and acquisition besides contributing to separation science. Outside Agilent, I have been the chairman of the MSB2006 and MSB2012 symposium, a member of several symposium organization committees, and more recently the chairman of the best poster award competitions at HPLC, ISC, and MSB series of symposiums.

In September 2006, I became the first Agilent Technologies Research Fellow in the life science and chemical analysis business groups of Agilent. I was involved in setting up the first two Agilent Technical Conferences in 2007 and 2010 (last in the position of program manager).

I retired from Agilent Technologies on August 31, 2012. Since September 1, I am acting as an independent consultant focusing on liquid-phase separations for chemical analysis, like HPLC, UHPLC, and Capillary Electrophoresis. My emphasis is both on theoretical and basic aspects of the technique but also on very practical issues like the coupling of CE with MS. I intend to share my experience, my competence, and my wide network in the field with others as deemed appropriate.

I have been doing tutorials on UHPLC, on Optimizing your LC for coupling with MS, Multidimensional HPLC, and on CE-MS. Registered users will find the tutorials via the menu Publications (registration required!). I am still involved with the MSB series of symposiums as a member of the Strategic Program Committee (see http://www.msb-symposium.org) and have been an active co-organizer of HPLC 2013 in Amsterdam, of ISC 2014 Salzburg, HPLC 2015 Geneva, ISC2016 in Cork, ISC2018 in Cannes, HPLC2017 Prague, HPLC2019 in Milano and ITP2019 in Toulouse. My contribution to these symposiums were/are e-promotion of the events and the organization of poster evaluation for the best poster award at these conferences. Currently, I am involved in helping the organizers of the MSB Symposium series and will be involved in HPLC2023 in Düsseldorf Germany.

I have drafted a primer on Capillary Iso-electric Focusing on behalf of Agilent Technologies and a guidebook on CE-MS for Agilent Technologies. Recently I have contributed a chapter for a new monograph on CE-MS (ed. G.J. de Jong) published by Wiley VCH. More recently I was a co-author on Developments in Interfacing Designs for CE–MS in Chromatographia. With my former colleague at Agilent Technologies, I was a co-author on the Relation between chromatographic resolution and signal-to-noise ratio in spectrophotometric HPLC detection in Analytical Chemistry and on G-index: A new metric to describe dynamic refractive index effects in HPLC absorbance detection in Talanta.

Since 2015, I am involved with Advanced Electrophoresis Solutions Ltd. (AES) of Cambridge in Canada as a member of their scientific advisory board. AES is planning to introduce a new generation of Whole Column Imaged Detection Instruments for Iso-electric Focusing Electrophoresis, CEInfinite. Check their website at http://www.aeslifesciences.com/index.html. Since 2016 I a member of the strategic advisory board of PharmaFluidics, a Belgian startup company that aims to commercialize the "pillar array"  column technology originally developed in the Desmet group at the Free University of Brussels.

Despite 10 years in retirement, I have received public recognition illustrated by being awarded with the Uwe Neue Award in Separation Science issued at the HPLC2014 symposium and recently as one of the top 100 most well-known analytical scientists in 2013 and 2015.